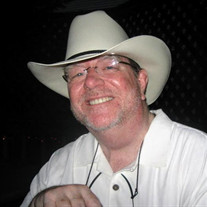 William Hamilton Flannagan Jr., of Woodbridge, VA, passed away at his home surrounded by family on Thursday, September 12, 2019. Mr. Flannagan was the retired President and CEO of Potomac Hospital, later to become Sentara Northern Virginia Medical Center in Woodbridge. Born July 23, 1946, to parents William Hamilton Flannagan, Sr. and Kathryn Middleton Flannagan, “Bill”, as he was known to friends and family, served in the US Army in Vietnam, and graduated from Hampden-Sydney College (BA) and the Medical College of Virginia (MHA). He began his hospital career in Petersburg, VA, in 1973, and then became a Vice President at Baptist Hospital in Nashville, TN in 1976. In 1980, he joined Potomac Hospital’s administration as its COO and later its CEO before retiring in 2010. In 1977, Mr. Flannagan became a proud Jack Daniels Tennessee Squire. He loved the Outer Banks where he was an avid surf fisherman. As a lifelong Yankees fan, Bill made many pilgrimages to Yankee Stadium, both old and new. He loved cooking with his family, especially concocting chili recipes and baking pies! Mr Flannagan was preceded in death by his parents, William H Flannagan, Sr. and Kathryn Middleton Flannagan. He is survived by his wife, Meribeth, of Woodbridge, VA.; his daughter, Sarah Flannagan Lewis and husband, Matthew, of Olney, MD., and his son William Hamilton Flannagan III and wife, Aniysha, of Woodbridge, VA.; his brother John Michael Flannagan and wife Deborah of Roanoke, VA., and his sister Patricia Flannagan Sarver and husband Nelson of Roanoke, VA.; two grandsons; as well as his aunt Bitsy Middleton of Dunedin, FL. A celebration of Bill’s life will be held at Miller Funeral Home, 3200 Golansky Blvd., Woodbridge, VA 22192, on Sunday, September 22nd, beginning with a gathering at 12 PM and followed by a memorial service at 1:00 PM. A reception will follow at The Harbour Grille,13188 Marina Way, Woodbridge, VA. In lieu of flowers, a donation to your charity of choice is encouraged.

The family of William Hamilton Flannagan Jr. created this Life Tributes page to make it easy to share your memories.

Send flowers to the Flannagan family.