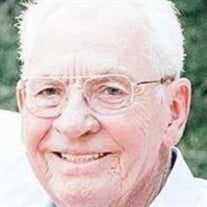 Thomas F Breen, (Tom), 76 of Dale City, VA died January 14, 2022, at Sentara Hospital, Prince William County, Woodbridge Virginia. After 21 ½ years in the Army, Tom retired in 1983 as a Sgt. 1st Class (SFC E7). In the Army, his field was in communications, and referred to his job as being a “Tower Jockey.” He was a Vietnam Veteran. His civilian career, after retiring from the Army, was also in communications, for another 20+ years was working for companies that included Contel, GTE, AT&T, General Dynamics and BAH. In 2014, he retired for the 4th and final time when he left BAH. Tom was preceded in death by his parents Helen Breen Patrick and Robert Breen of Montana, his two sisters Roberta “Birdie” Breen Smart Blankenship, and Leona Breen Carnline, and his stepfather James Patrick of Miles City Montana, and 2 of his step-siblings Gary and Sharon. Tom is survived by his wife of 54 years Pamela Lloyd Breen, his daughter Denise Breen Kane, and Kevin Kane of Nokesville, VA and his son Thomas F. Breen, Jr and Sherry Rhoads of Dale City, Virginia. His sister Patricia Kay Breen of Colorado. His 6 grandchildren who meant the absolute world to him: Christopher and Morgan Kane, Melissa Kane (Mischievous) and Matthew ‘Bubba’ Kane, Elizabeth Rhoads, Robin Rhoads and 4 great grandchildren, Ethan, Eli’yahna, Emira and HezekiYahu (Heze). For all who wish to pay their respects, the Memorial Services are scheduled as follows: Thursday March 24, 2022 @ 10:30am Miller Funeral Home 3200 Golansky Boulevard Woodbridge, VA 22192 Followed by: 11:30am Procession to Quantico National Cemetery The Patriot Guard Riders (PGR) will be escorting Mr. Breen, he was an avid P-Nats fan. You would always find him on the 1st base line hanging out with his friends. Ending with: 12:30pm Military Honors Service Quantico National Cemetery 18424 Joplin Road Triangle, VA 22172 The family requests that in lieu of flowers, that you donate to your charity of choice or to the Patriot Guard Riders, who we thank very much for being a part of Tom’s service.

The family of Thomas F. Breen created this Life Tributes page to make it easy to share your memories.

Send flowers to the Breen family.