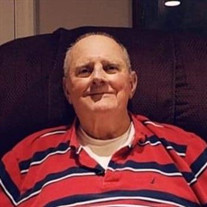 Col. (U.S. Army Retired) Robert W. Turner passed away peacefully at home on April 14, 2019. He was born November 19, 1938 in Jacksonville, Florida to Al and Marie Turner, raised in Miami, Ft. Lauderdale, moving to Atlanta for his high school years. He attended North Fulton High School where he met Catherine, his wife of 58 years. She was his cheerleader as he played football and throughout their long life together. He was a distinguished graduate of North Georgia Military College and entered the U. S. Army shortly after graduation. He was a Field Artillery officer serving in Korea, Vietnam, and Iran and various stateside assignments. He moved to Washington in 1980 to work in the Pentagon. His final assignment was with the Secretary of Defense working to secure US technology. He traveled to many countries representing President Reagan’s initiatives. He retired in 1989. After retiring he worked with several start-up companies. Robert was man of many interests—woodworking--building furniture and rooms to improve his many homes; tennis, boating--owning three successive ‘BobCat ‘ boats, water skiing, cruising the Chesapeake; traveling—cruising to exotic ports, and driving to most of the National Parks; and in his younger years, hiking, camping, working with the Boy Scouts, coaching his son’s football teams, and building things for his children. Robert was most importantly a family man. He is survived by sons Randall, Charles, and daughter Cristina Ek, daughter-in-law Allison Turner and son-in-law David Ek. He had seven grandchildren—Randall’s sons Sterling McCarthy and William Turner, Chuck’s children Cole and Lola Turner, and Cristina’s children Dana, Cedar, and Ethan Ek. He was an integral part of the extended family of his wife since Robert and Cathy had been an item beginning in his tenth grade year. He was the “first son” of her father, playing tennis with him often, enjoying football, golf and politics. His large Young family often vacationed together at various beaches and the Lake of the Ozarks and most holidays included Cathy’s parents or his parents, the sisters-in-law, brothers-in-law and all the nieces and nephews. The family will receive friends May 10, 2019 from 6-8 p.m. at Miller Funeral Home, 3200 Golansky Blvd., Woodbridge, VA 22192. A memorial service will be held at Pohick Episcopal Church, 9301 Richmond Hwy, Lorton, VA 22079 on May 11, 2019 at 11 a.m. Interment will be held at Arlington National Cemetery at a later date. Contributions may be made to the Paralyzed Veterans of America, P.O. Box 75832, Topeka, KS 66675.

The family of Robert W. Turner created this Life Tributes page to make it easy to share your memories.

Send flowers to the Turner family.