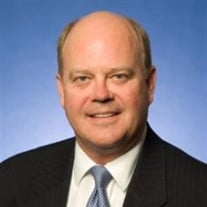 Robert L. Coxe, Jr. (1953-2020) Robert "Bob" L. Coxe, loving family man, distinguished soldier, and faithful friend to many, died on April 1 at home in Woodbridge, VA, after battling pancreatic cancer. He was 66. Throughout his career spanning almost five decades, Bob brought to bear his strong work ethic, his unique leadership skills, and creative thinking, both in the service of his country and in business. Following his graduation from the United States Military Academy in 1976, he served as a proud member of the U.S. Armed Forces for 27 years. During this time, Bob held a number of significant positions, which included Commander of the Cold Regions Test Center at Ft. Greely, AK; Program Manager of Army Knowledge Online; and first Chief Technology Officer of the Army. He retired as a U.S. Army Colonel in 2003 with military awards and decorations that include the Distinguished Service Medal, Defense Superior Service Medal, Legion of Merit, Defense Meritorious Service Medal, Meritorious Service Medal (with 4 oak leaf clusters), the Army Commendation Medal, the Army Achievement Medal, and the Parachute Badge. Over the next twenty years, he continually endeavored to mature and apply his broad experience with design, development, procurement, communication and information technology systems as a Senior Executive Officer at Homeland Security and a business leader with SAIC, Criterion Systems, and Verizon. Driven by his love of learning and gifted with exceptional diligence, Bob earned a number of degrees and certifications throughout his life, chief among them his B.S. in Engineering from the United States Military Academy in 1976, his M.S. in Computer Science from Kansas State University in 1985, and his M.S. in National Resource Strategy from the Industrial College of the Armed Forces (ICAF) in 1997. Bob, however, was more than his notable career, and his family and friends, his firm belief in God, and his devotion to duty guided him throughout his life. He was a man of faith, a Fourth Degree member of the Knights of Columbus, serving as a Eucharistic minister in the Catholic Church for 38 years, teaching catechism classes, and striving to follow the word of God in all aspects of his life. He lived the commandment, "You shall love your neighbor as yourself," treating all with kindness, generosity, and compassion. Many of his military friends he considered his extended family. He relished time spent with family and friends, and often included them in his photography, fishing, and golfing pursuits. When his son was growing up, Bob even applied his technological expertise to support his son's swim team, assisting with timing and computer updates. Those who knew him will miss his warm smile and quiet strength, his calming presence and keen wisdom. He is survived by his loving wife, Janet Coxe; their son, Christopher Coxe; his sister, Kathleen Kane; and brother, David Coxe. His family will hold a mass at Saint Elizabeth Ann Seton Catholic Church, Woodbridge, VA at 11:00 AM on August 19, 2020, followed by an interment at his final resting place, Arlington National Cemetery. Be Thou at Peace.

The family of Robert L. Coxe Jr. created this Life Tributes page to make it easy to share your memories.

Send flowers to the Coxe family.