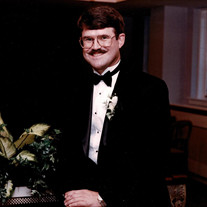 Lieutenant Colonel Paul D. Kelley, US Army (Retired), of Springfield, VA, died peacefully, September 10th, 2019, at the Fort Belvoir Community Hospital after a courageous 29-month battle with colon cancer. He was 65. He was a 22-year active duty Army veteran, serving from 1976 to 1998 in Germany, Kentucky, North Carolina, Russia, California, Virginia, and in the Military District of Washington (MDW) as an armor officer, a foreign area officer, and a defense intelligence officer. Post active duty retirement, he continued his service as a Department of the Army Civilian employee in Virginia, Maryland, and the MDW from 1999 to 2014. Paul, known to his friends as "pK," is a proud 1976 graduate and ROTC Commissionee of Norwich University (NU), where he is a Lifetime Member of the Partridge Society and a Circle 1819 member. He was also a proud member of the American Legion for the last 20 years. Born February 25th 1954 in Wooster, OH, he was preceded in death by his parents, Alfred J. and Caroline V. (Landry) Kelley and Ceola M. (Cooper) Kelley, all of Manchester, NH. Paul is survived by his loving wife of 29 years, Tina A. Campbell of Springfield, VA. He is also survived by his brother Colonel Michael B. Kelley, US Army (Retired), NU’74, and his wife JoAnn (Murphy), NU’74, of Northfield, VT; his sister-in-law Tannis C. Campbell; four nieces – Jennifer (NU’06), Michelle, Meegan (NU’05) and Margaret (NU’10); a nephew and godson – James (NU’15); four grand nieces, two grand nephews; several cousins and many wonderful friends. Two four-legged “sons” have graced their lives – Bucky & Benji. The family will receive friends at a visitation on Friday evening, September 27th, from 7PM to 9PM, and a funeral service will be held on Saturday morning, September 28th, at 11AM – both at Miller Funeral Home, 3200 Golansky Blvd., Woodbridge, VA. A reception is scheduled after the funeral service at the Fort Belvoir (VA) Officers' Club. Paul will be laid to rest with full military honors at a later date at Pine Grove Cemetery, Manchester, NH. In lieu of flowers, the family would welcome donations in Paul’s memory to Norwich University, the Wounded Warrior Project, or to a charity of your choice.

Lieutenant Colonel Paul D. Kelley, US Army (Retired), of Springfield, VA, died peacefully, September 10th, 2019, at the Fort Belvoir Community Hospital after a courageous 29-month battle with colon cancer. He was 65. He was a 22-year active... View Obituary & Service Information

The family of Paul D. Kelley created this Life Tributes page to make it easy to share your memories.

Send flowers to the Kelley family.