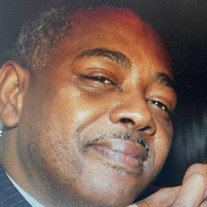 Mitchell Wayne Crawley, affectionately known as “Mitch”, was born on January 11, 1957. He was born to the late Herbert E. Crawley and Francis M. Bonham-Crawley at D.C. General Hospital in Washington, D.C. He was the fifth of nine children. He received his formal education in the District of Columbia and then in Prince Georges County, Maryland schools. Mitchell accepted Christ at an early age and attended Zion Hill Baptist Church in Keswick, Virginia with his wife and children. As a child, the neighborhood library was his favorite place to spend many hours discovering amazing facts about people, animals, and the world. He was particularly interested in history, different cultures, and especially his family history. In fact, he loved learning and sharing what he learned with his sibling so much so that they affectionately nicknamed him “Brainy Professor”. Mitchell enjoyed being in the Boy Scouts where he developed his love for exploring nature. He played football, basketball, tennis, and table tennis. He had a passion for photography; and he also enjoyed cooking and trying new recipes. After attending Suitland High School, he completed his secondary education at Central Texas College before entering into the United States Army in 1975. He was a member of the United States Army Signal Corps at Fort Hood, Texas. After serving on active duty for three years in the United States Army as a Private (E2), he joined the United States Army Reserves as a Specialist (E4). He honorably served, until February 2, 1981. Mitchell was a devoted and celebrated employee for 42 years with the Federal Deposits Insurance Corporation (“FDIC”). As a Senior Visual Information Specialist, Mitchell received numerous STAR Awards and Mission Achievement Awards during his career. He was personally requested by colleagues to create their magazine cover retirement posters. He was the go-to designer for the Agency’s yearly Diversity observances, such as African-American and Women History Months. Mitchell also worked on several high-profile projects such as “The Consumer News”. Mitchell used his free time and graphic design skills to serve his family, friends, and community. He served on the Dale City Sports Club Board as the Marketing Specialist. As a board member he developed the club’s marketing and program materials. He was the head coach for the champion Dumfries Boys and Girls Club flag football team. He also was a member of the coaching staff for the three-time champions Dale City Sports Club Patriots and the undefeated Dale City Sports Club Jets football teams. For over nine years he coached several young people, including his sons Kyle and Myles. He was a mentor to many of the young men he coached. One of his favorite quotes to inspire the players was “One Brick” reminding them that as in life as in football you achieve your goals one play at a time. Mitchell was his children’s biggest fan. He was very involved in their extra-curricular activities, enjoying working with them on their many class projects. He enjoyed taking his family to amusement parks, beach trips, and driving to the Shenandoah Valley to pick out their annual Christmas tree. His most cherished tradition was taking his boys to spend time with his mother every Christmas Eve until her passing. Mitchell Wayne Crawley peacefully entered his eternal rest on September 10, 2020 in the care of MedStar Georgetown University Hospital in Washington, D.C. In addition to his parents, he was preceded in death by his brother Herbert J. Crawley and sisters Yasmin Gray and Audrey M. Crawley-Bryant. He leaves to cherish his memory his loving and devoted wife of 18 years Pearl Q. Crawley; his four children: Danielle Kosh (Erik), Kyle Crawley, Myles Crawley, Dominique Crawley of Arizona; one sister: Brenda Owens (Michael) of Maryland; four brothers: Reginald Crawley, Anthony Crawley, Darriett Crawley and Robert Crawley (Lovie) of Washington, D.C.; two brother-in-laws: John Gray of West Virginia and Bernard Bryant of Maryland; one aunt: Bishop Emertis Gene Lawrence-Stewart of Solomon Temple Church Inc. (James); one uncle: Albert Lawrence of Washington D.C.; seven grandchildren, and a host of nieces and nephews, great nieces and nephews, great-great nieces and nephews, cousins, relatives and friends.

Mitchell Wayne Crawley, affectionately known as &#8220;Mitch&#8221;, was born on January 11, 1957. He was born to the late Herbert E. Crawley and Francis M. Bonham-Crawley at D.C. General Hospital in Washington, D.C. He was the fifth of nine... View Obituary & Service Information

A Celebration of Life

Send flowers to the Crawley family.