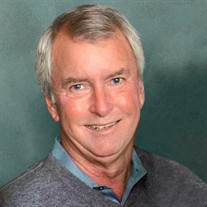 Mark Richard “Moose” Rodgers, 68, Woodbridge, VA died July 24, 2021 at home surrounded by family after a long illness. He was born April 10th, 1953 in Ft. Worth, TX to Wilma Phillips and GW Rodgers. He was the middle child between his brothers Ross “Buck” Rodgers and Tracy “Pooh” Rodgers. He graduated from Trinity High School in 1971. He was an avid outdoorsman who enjoyed hunting and deep sea fishing. He was an excellent cook who took to the kitchen by watching his beloved Aunt Sally and mother cook for their families. He read voraciously and had an expansive vocabulary. He was an avid football fan, having played through high school, and enjoyed cheering on the Cowboys and the Saints. He was part owner of Ultra Wireline Services and worked in the oil field for over 40 years. While his job took him all over the country, he called Houma, LA home for 28 years. Through two marriages, he had three daughters who all love and miss him terribly. His greatest joy of all, however, was his five grandchildren. He was preceded in death by his parents, Wilma Phillips Rodgers and GW Rodgers. He is survived by his daughters Sarah Rodgers Myers (Doug) of Liberty Township, OH, Tiana Rodgers Aucoin (Kervin) of Woodbridge, VA, and Jesi Rodgers (Joe) of Columbus, OH. He is also survived by his grandchildren Madeline Grace, Natalie Claire, and Charlotte Olivia Aucoin of Woodbridge, VA and Audrey Elizabeth Rodgers-Cotita and Luke Douglas Myers of Liberty Township, OH; and brothers Ross Rodgers (Christy) and Tracy Rodgers. As per his final wishes, he will be cremated and remain with family. A celebration of life will be held in his adored home state of Texas at a later date.

The family of Mark R. Rodgers created this Life Tributes page to make it easy to share your memories.