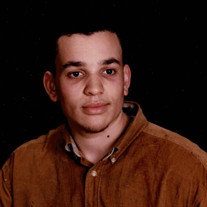 Mark Anthony Lopes was born in Austin, Texas on 19 February 1976. Mark was born with a positive vision for life. He was a dedicated businessman promoting venues, bringing big entertainment, and attracting club goers from big cities to smaller areas from miles away. Known by all as, Big Lo of, Big Lo Productions. From Northern Virginia, Washington, DC and Maryland also known as “The DMV,” to his club in Greensboro, North Carolina, Mark, AKA Big Lo, hired such talents as 50 cent, Chris Brown, and Kevin Hart to name a few. As independent people are wont to do, he pursued his dreams and his aspirations relentlessly, taking others in his journey to the next big thing. He made friends easily, as likely to laugh as to tell a joke, or banter relentlessly with his quick wit and ready retort. Mark was a lover of people, recognized as having a big heart, big soul, with big dreams and a “big body.” Not just any body, but a God body of a person who believed, acted, and walked like he was invincible… and he was. Mark was going to accomplish whatever he put his mind to for as long as it took to get there. He was that Man with the Million Dollar Plan who believed in himself even if you didn’t and that is what about Mark, AKA Big Lo that was set apart. To match his vernacular, he was also known as a Gentle Giant, the guy who would give you the shirt off his back. Mark donated to charitable organizations and events the way he knew how which was through the fruits of his club promotions. Coming from a family of military background, he may not have followed the footsteps and example expected of him, but he was the example that many learned from and adored. Maybe the Million Dollar Plan was not so much about the money as it was “The Plan,” that was so big that even the smallest accomplishments paved the way for open doors. The fruit from the journey with Mark was the building of great friendships, great, examples of loyalty and the ability to make fast money along the way. Through life’s happenings, Mark made some mistakes and learned from them. He paid his dues on his own terms and, as a loyal friend would do, he never turned on others, even those who betrayed him. The last three years of his life were not as kind to him. Working long hours as a sales manager, he neglected his diet, and, after a check-up in June 2017, he felt he needed to do something about his weight. He made a decision to undergo stomach-reduction surgery that led to complications which ultimately led to an abscess in his brain. Post-surgery, his health continued to deteriorate, leading to his untimely passing at the age of 44, just entering a period of his life when you would expect he would have met his greatest success. In the end, a shell of his former self in body, he remained, the loyal friend, uncle, sibling, and son. He is now in a far better place, far removed from whatever torment fate brough to him. A gentle man is gone from our midst, but a soul so gentle and good, and loyal has found a home. It is at a home, good, and by infinite measure greater than anyplace he has left behind. Rest in Peace Mark. You will always be loved. Mark is survived by his mother, Angelita T. Denoia and his father. His sister, DeeAnna Lopes, nephew, Malik Armanni Lopes-McCrary and Niece, Jasmine Maria Lopes.

Mark Anthony Lopes was born in Austin, Texas on 19 February 1976. Mark was born with a positive vision for life. He was a dedicated businessman promoting venues, bringing big entertainment, and attracting club goers from big cities to smaller... View Obituary & Service Information

The family of Mark Anthony Lopes created this Life Tributes page to make it easy to share your memories.

Send flowers to the Lopes family.