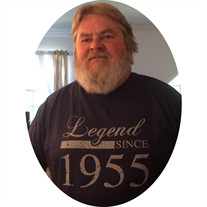 Joseph Leroy Hendrick (Roy), August 4, 1955 - September 3, 2019, 64 years old of Woodbridge, VA, peacefully joined our Lord in Heaven after a beautiful, heartfelt weekend. His final moments were spent surrounded by his family and closest friends, at Fairfax Hospital. Roy was born and raised in Arlington, VA. He is preceded in death by his parents, Ester and Robert Hendrick, and his brother, Robert Hendrick, Jr. Roy is survived by his devoted wife, Susan L. Hendrick of 35 years, his three blessed daughters and their husbands, Jenni Farber (Kurt), Christi Perry (Michael), and Robin Owen (Andrew). He is also survived by his 9 grandchildren and “pride and joy”, Megan Farber Ross (Josh), Drew Farber, Joshua Farber, Emily Perry, Joey Perry, Holly Perry, Maddi Owen, Tyson Owen, and Ally Jane Owen. He is also survived by his brother, William Hendrick; sisters Patty Wallace and Sally Dunn; his in-law siblings, Pam and Steve Crawford, Gina and Larry Voight, and Tim Phalen; along with many nephews and nieces. Roy spent many years as a wine account representative at Service Distributors, “milk-man” at Shenandoah’s Pride, and most recently, as an IT Manager with HITT Contracting. He was known by many names (“Henry” was another nick-name), as he touched many lives and was special to each of them. His most favorite name was “Papa”. This was the greatest “job” ever gifted to him. He devoted his life and time to teaching his grandkids the lessons of life. He amazed them with his “know how” on anything they needed. 1-800-CALL-PAPA is all his grandkids needed to know. He would be there in any circumstance or capacity needed by his family. Papa never disappointed those he loved. He lived a simple life and expected nothing in return. He kept us all laughing and shared his wisdom in a way so you would never forget. He gave so much to his dearest lifelong friends and his newest neighbors. He was loved by everyone that met him. To know him, was to love him. He enjoyed spending time with friends and family, which often included a crab and beer fest by the pool, fishing, race track adventures, and going to Redskin football games. Roy could “fix” anything! One of his favorite hobbies and passions was attending “turkey shoots” near and far. Here he also met many dear friends whom he shared many great times. He was most proud to “go out on top” with his big trophy awarded in the Ashland, VA Turkey Shoot, this past fall! Roy, “Papa”, will be missed, dearly. Many lives have been touched by his humor, compassion, wit, and love. All who loved Roy now have a special angel looking over them. We will never forget the uniqueness of the husband, dad, “Papa”, father-in-law, best friend, neighbor, and shooting partner that Roy was to all of us! We will miss you dearly. In lieu of flowers donations may be made to a charity of your choice in honor of Roy. The family invites you to join them for a reception immediately following the services.

The family of Joseph Leroy Hendrick created this Life Tributes page to make it easy to share your memories.

Send flowers to the Hendrick family.