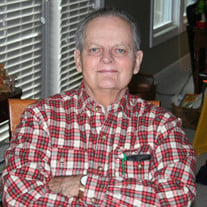 Joe Kopka was the third of four children born to parents who emigrated from a small village in the Carpathian Mountains in the former Austria-Hungary part of the Hapsburg Empire (now eastern Slovakia) and settled in Pittsburgh, PA where Joe's father worked in the steel mill. Joe was born in Pittsburgh, and was the first in his family to attend college. After graduating from Duquesne University, Joe served in the U.S. Air Force. In 1957, Joe married A. Jean Yourick one year after meeting her and telling her on their first date at Pittsburgh's Kennywood Amusement Park that he was going to marry her. The couple shared a 63 year marriage of devotion to each other. Jean died on August 22, 2020. Joe's career in federal law enforcement began in 1960 as a Special Investigator for ATF in Elizabeth City, NC. As a Special Investigator, Joe spent many days at a time living under a tarp in a sleeping bag, eating canned hot dogs, in the dismal swamp area of eastern North Carolina waiting for moonshiners to return to their illicit, hidden whiskey stills so that he could arrest them and dynamite their stills. While stalking moonshiners near Rocky Mount, NC Joe attempted to arrest a moonshiner who took off running. Joe ran in pursuit; the moonshiner blasted Joe's legs with shotgun pellets. Joe continued running until he tackled the moonshiner. Joe was awarded a special award from ATF for his efforts. The judge in the case gave Joe the moonshiner's shotgun. Joe's family made it their practice to visit the families of imprisoned moonshiners during the holidays to bring food and clothing to the families. ATF transferred Joe several times: from Elizabeth City, NC to Rocky Mount, NC to Savannah, GA to Cary, NC and finally to Washington, DC in 1973 where he would finish his career with ATF. Joe was an inveterate collector; he kept copies of all his reports, photos of moonshine still raids and Revenue Agents, ATF advertisements, memos, and other memorabilia. Joe's massive collection now forms the "Joseph Kopka, ATF Revenue Agent Collection" in the Joyner Library at East Carolina University where North Carolina historian Frank Stephenson uses Joe's collection as an invaluable resource for his books on the history of moonshine in North Carolina. Joe is also mentioned in Alec Wilkinson's book on Garland Bunting, Moonshine: A Life in Pursuit of White Liquor. When Joe retired from ATF after 26 years of service, ATF presented Joe its highest honor: The Gallatin Award. Shortly after retirement, Joe joined the staff of Senator Strom Thurmond (R, SC) as the Special Investigator for the US Senate Judiciary Committee (Chaired by Senator Joe Biden). There, Joe investigated high profile nominees for federal office, such as Ed Meese. Joe and Jean loved to travel with the Carpatho-Rusyn Society to Eastern Europe to connect with their cultural heritage. Joe loved to retell the story of one of their trips to Prague. Joe, in his native language, asked a gentlemen in the Prague subway, "Znam pa chechski?" The gentleman responded, "Yes, I'm from San Francisco." Whether it was a trip to Eastern Europe or Germany (where Joe ate bratwurst at every gas station), Spain (mobbed by crowds during Semana Santa), Joe wanted to absorb everything there was to know about local culture and food. Joe's other love was the Outer Banks of North Carolina. For many years, the family vacationed in the same cottage in Kitty Hawk, and during Thanksgiving and Christmas returned to the OBX to stay at the Sea Ranch motel. Whether it was breakfast at the Jolly Roger, lunch at Sam and Omie's, dinner at Basnight's, or a trip to the Coastland Times bookstore, Joe loved interacting with those he encountered. He was an information sponge and a voracious reader and maintained his subscriptions to The Coastland Times newspaper and Our State magazine almost until his end. Joe loved sharing the OBX experience with his grandsons and their dads during their annual fall trips to the OBX. Joe got a kick out of wearing his baseball cap from Bob's Grill stating, "Eat and Get the Hell Out." Before the ink dries on his obituary, Joe has reunited with Jean. She was, and is now, his rock for all eternity. The family requests that any remembrance of Joe or Jean be made as a donation to either: The Lost Colony online at: thelostcolony.org Or by mail: The Lost Colony, 1409 National Park Drive, Manteo, NC 27954 or The Elizabethan Gardens online at: elizabethangardens.org Or by mail: Elizabethan Gardens, 1411 National Park Drive, Manteo, NC 27954 Joe is survived by his daughter Sherrie (Lionel) and grandchildren Lucy Boyce, Amelia (Burt), and Garland; son Kenneth(Barbara), and grandchildren Kameron, Ryan, and Macallister; brother Richard (Carol). A family memorial service will be held at Quantico on February 23, 2021.

Joe Kopka was the third of four children born to parents who emigrated from a small village in the Carpathian Mountains in the former Austria-Hungary part of the Hapsburg Empire (now eastern Slovakia) and settled in Pittsburgh, PA where Joe's... View Obituary & Service Information

The family of Joe Kopka created this Life Tributes page to make it easy to share your memories.

Joe Kopka was the third of four children born to parents who...

Send flowers to the Kopka family.