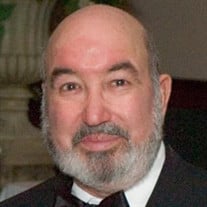 João (John) M. Cunha, 85, of Manassas, Virginia, died June 8, 2022, at UVA Haymarket Medical Center after a long battle with heart and kidney disease. He left this world surrounded with family and comforted by prayer. Born in Murtosa, Portugal, April 4, 1937 to the late João Maria Da Cunha and Ana Maria Da Matos Cunha, John moved to the United States of America when he was 15 years old, where he began a career working in the concrete/construction industry. He returned to Portugal in 1959 to marry Rosalina Calado, who survives him in death, and captured his heart from the very beginnings of their childhood. He returned to the United States with his bride soon after and began a family. John marveled at the richness of his family and considered it to be his greatest accomplishment. He was a devoted husband, father, brother, father-in-law, uncle, and grandfather. He always took immense pride in his seven surviving children and their spouses: Joseph Cunha, and his wife Diane Cunha; Anna Marie Cunha Jackowski; João Paulo Cunha, and his wife Diane Cunha; Rosalina Barzdukas, and her husband Audrius Barzdukas; George Cunha, and his wife Kimberly Cunha; Emilia Cunha Foster, and her husband Gary Foster; Joanne Cunha Moran, and her husband Mark Moran. John also is survived by his nephew, Agostinho Calado whom he revered as a bonus son. John had an endearing love for his 17 grandchildren: Brendan Cunha; Anja Marie, and Abigail Jackowski; Mila, Rasa, and Rimas Barzdukas; Joseph, and Ryan Cunha; Hannah, Benjamin, and Ava Foster; and Sophia, Madeline, Xavier, Luciana, Dominic, and Louis Moran. He was in awe of their accomplishments and was the happiest when in their presence. John’s heart was also full of love and admiration for his surviving brother, Francisco Cunha, his surviving sister-in-law, Maria Dores Cunha, and their three children, John Cunha, Michelle Machado, and Frank Cunha. The family will receive visitors Wednesday, June 15, 2022 from 1 - 3 p.m., and 5 - 8 p.m. at Miller Funeral Home located in Woodbridge Virginia, 3200 Golansky Blvd. A Funeral Mass will be offered at 11 a.m. Thursday, June 16, 2022 at Sacred Heart Catholic Church located in Manassas, Virginia, 12975 Purcell Road. All are welcome. In lieu of flowers, the family requests donations be made to the João (John) Cunha Fund for Options Program. Contributions will sponsor tuition assistance for students with intellectual disabilities attending Saint John Paul the Great Catholic High School located in Potomac Shores, Virginia. https://saintjohnpaul.mypaysimple.com/s/john-cunha-fund-for-options-program

The family of Joao M. Cunha created this Life Tributes page to make it easy to share your memories.

Send flowers to the Cunha family.