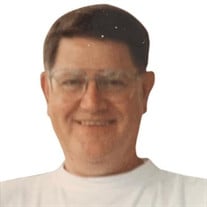 Jerry Michael Shrewsbury, 81, of Woodbridge, VA passed away on March 21, 2022 after saying goodbye to his loving family. Jerry was born on December 7, 1940 in McComas, WV. In 1961, he met the love of his life Peggy Williams and they wed four months later on November 3, 1961. Jerry lived a life of public service. After high school he served as a Corpsman in the U.S. Navy (1958-1964) and later became a Metropolitan Police Officer stationed at the Anacostia Station in SE Washington, DC. He also served as a VA Beach Police Officer. Jerry earned his Bachelor of Science in Administration of Justice from American University in 1973. He later retired in 1993 from Lorton Prison as a Senior Case Officer. After he retired, Jerry spent his time with Peggy living in their RV. He enjoyed going to Disney while in FL and even picked up a part-time job there. Jerry was preceded in death by his parents, Lance and Mary Shrewsbury, his brother, Bobby Shrewsbury, and grandson, Alexander Compton. He is survived by his wife, Peggy; brother, Tommy Shrewsbury (Judy), and sisters, Pat Slack, Norma Hurst, and Brenda McDermott; daughter, Michelle Slaughter (Warren), and son, Jerry Michael Shrewsbury, Jr. (Leesa); his grandchildren, Blake Vandall, Shana Reynolds (Tyler), Ashton Vandall, Michael Stone, and Michaela Shrewsbury; and his great-grandchildren, Shawn Painter, Callie Reynolds, Rowan Leith, and Carter Reynolds. Visitation will be held on Saturday, April 2, 2022 from 4:00 to 4:30 p.m. at Miller Funeral Home, 3200 Golansky Boulevard, Woodbridge followed by the service at 4:30 p.m. The family will receive visitors from 6:00 to 8:00 p.m. at the home of Michelle Slaughter. The interment of ashes will be held at Dumfries Cemetery, 17821 Mine Road, Dumfries on Sunday, April 3, 2022 at 10:00 a.m. The family is requesting donations to the Pediatric Brian Tumor Foundation, 6065 Roswell Road NE, Suite 505, Atlanta, GA 30328 or via their website, http://www.curethekids.org/, in lieu of flowers in their father’s memory.

Jerry Michael Shrewsbury, 81, of Woodbridge, VA passed away on March 21, 2022 after saying goodbye to his loving family. Jerry was born on December 7, 1940 in McComas, WV. In 1961, he met the love of his life Peggy Williams and they wed four... View Obituary & Service Information

The family of Jerry Michael Shrewsbury created this Life Tributes page to make it easy to share your memories.

Jerry Michael Shrewsbury, 81, of Woodbridge, VA passed away on...

Send flowers to the Shrewsbury family.