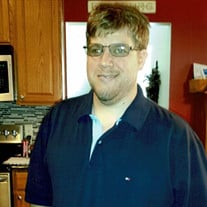 James A. Gryder 38, of Fenwick Island, DE passed away Saturday, June 20,2020 Jimmy was born in Manassas ,VA on March 24,1982. Jimmy loved talking to people, especially his grandpie, granddad and Uncle Jr. He attended Osbourn Park High School, class of 2004. He was an avid sports fan. He closely followed the Washington Nationals and always said his favorite football team was the team ahead near the 4th quarter of the super bowl. Jimmy had so much goodness in him, so much capacity of kindness to others and was a shining star to all who met him. The world is a lesser place without him. He is survived by his parents Joy and Wayne Gryder, Brothers Dave (Jenn) Gryder, Tom ( Rachael) Gryder ,Grandmother Joyce Hilleary, Uncles JR (BJ) Gryder, Danny (Nancy) Hilleary, Richard (Rhonda) Hilleary, Aunt Jane (Robert) Lomax, Nieces Taylor Gryder, Mackenzie Gryder, Alexis Gryder, Abby Gryder, and Alli Gryder, Nephew AJ Gryder and numerous great Aunts, Uncles and First and Second cousins. He was preceded in death by Grandparents Tyree A. and Mary Elizabeth Gryder and Richard H. Hilleary, Aunt Donna Flynn and cousin Hillary Lomax. The Gryder family will receive friends at Miller Funeral Home 3200 Golansky Blvd Woodbridge VA 22192 at 1pm on Friday June 26,2020. A memorial service will follow immediately after at 2pm in the Miller Funeral Home chapel. You may leave condolences for the family at Millerfuneralhome.net The Family is planning a celebration of life service to be held at a later date. In lieu of flowers the family asks for contributions to be made to the Special Olympics at give.specialolympics.org

The family of James "Jimmy" Allan Gryder created this Life Tributes page to make it easy to share your memories.

James A. Gryder 38, of Fenwick Island, DE passed away Saturday,...

Send flowers to the Gryder family.