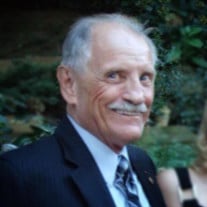 ﻿Darryll Craig Stone, 75, died suddenly on March 14, 2022. Craig was born in Detroit, Michigan and joined the Army shortly after graduating from high school. During his two tours in Vietnam, Craig rose to the rank of Sergeant, was a member of the long-range reconnaissance patrol, and was awarded a Purple Heart. Craig provided a verbal history of his service for the Veterans History Project available through the Library of Congress. https://memory.loc.gov/diglib/vhp/bib/loc.natlib.afc2001001.26291 After the Army, Craig graduated from the University of Wisconsin in 1972 with a B.S. in Education and married Celia Ganser in 1976. He started his professional career as a claims officer at the Wisconsin Department of Veterans Affairs. Craig successfully argued and won over 85% of his cases, overturning claim denials to win support for his fellow veterans. In 1979, Craig began work as an appraiser for the United States Department of Housing and Urban Development (HUD) in Des Moines, Iowa. He taught himself computer programming and created a groundbreaking program and algorithm for calculating fair market rents that saved every HUD office months of man hours and the Federal government hundreds of thousands of dollars. This success led Craig and his family to relocate to the Washington D.C. area, where he worked as a Systems Analyst for the Office of Program System Management in Multifamily Housing at HUD. Craig’s proudest achievement was his family. He and his wife, Celia, raised two children in the suburbs of D.C. Craig was home for dinner every night and looked forward to family camping trips in the mountains and the Outer Banks. He coached his kids’ little league teams and was always a vocal supporter in the stands who never missed a school game. He became a Grandpa in 2014 and relished both the role and the opportunity to spoil his grandkids. In retirement, Craig enjoyed playing with his grandkids, skiing in the Rockies, and traveling across the country with his wife to any campground that was big enough for their RV. Craig is survived by his wife, Celia, his son, Devin (Becky), his daughter, Erin White (Mike), grandchildren Taylor and Brandon White, his sisters Sandra Turrick (Greg) and Linda May, and many nieces and nephews. Craig was preceded in death by his father, Lewis Frank Stone of Michigan, and mother, Bonnalynn DeGrave of Green Bay, Wisconsin. A wake will be held at 1 pm on Sunday March 27, 2022, at Miller Funeral Home (3200 Golansky Blvd, Woodbridge, VA 22192) with a funeral to be held at a later date at National Arlington Cemetery. Anyone wishing to honor Craig’s memory, please donate to charities supporting those who served in our armed forces.

&#65279;Darryll Craig Stone, 75, died suddenly on March 14, 2022. Craig was born in Detroit, Michigan and joined the Army shortly after graduating from high school. During his two tours in Vietnam, Craig rose to the rank of Sergeant, was a member... View Obituary & Service Information

The family of Darryll C. Stone created this Life Tributes page to make it easy to share your memories.

Send flowers to the Stone family.