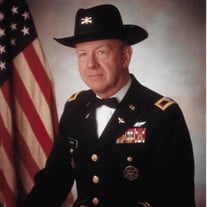 Colonel William Preston Stubbs, US Army (Ret.), passed away on December 19, 2021, at age 87. He leaves behind his wife of 66 years, Barbara Dunberg Stubbs; a daughter Kimberly Stubbs Rogers (Anthony Wilson); a son W. Preston Stubbs (Laura); a daughter Hillery Stubbs Efkeman (Edward); and eight grandchildren (Trevor, Tristan, Emma, Shamus, Olivia, Ava, Blake, and Nicholas). Born January 26, 1934, in Jamestown, New York, Bill led a full and remarkably multifaceted life that benefitted his family, friends, and country. His 34 years of military service spanned from his early days as an Air Force bush pilot in Alaska and flying Super Constellations in an early warning radar squadron, to his transition to a New York Army National Guard aviation unit, and then back to active service as an Army aviator. There he was selected to participate in an Army Special Mission in Vietnam flying a US Navy P2V Neptune. After two tours in Vietnam, Bill commanded an Air Cavalry Troop in Germany, being one of those rare aviators who are qualified on both fixed-wing and rotary-wing aircraft. Bill eventually transferred with his family to Washington, DC, where he served in the Joint Chiefs of Staff and various other Army Staff positions. Ever mindful of his family’s well-being, the family remained at their home in Lake Ridge, Virginia while he was stationed in Korea for a year and then when he was assigned to Ft. Monroe, Virginia, where he retired in 1989. During his service, he was recognized with the Legion of Merit (with Oak Leaf Cluster), Bronze Star (with Oak Leaf Cluster), and he attained the Army Master Aviator Badge. After his retirement from the Army, Bill’s life was just as full. He had a successful civilian career with Lexis/Nexis for 15 years. His love of cars and motorcycles started as a teen working on motorcycles in Hollywood, California, and included a stint as a Mercedes Benz/Volkswagen Sales Manager between the Air Force and Army. He continued this passion into retirement as he restored and showed antique motorcycles, winning multiple awards along the way. His motor and tinkering hobbies—Bill had an amazing knack of fixing virtually anything—perfectly matched with his life-long friends from Jamestown, with whom he went to auto races in Watkins Glen and started a metal fabrication company. Combined with his love of jazz and audio equipment, his vacation trips up and down the East Coast, and time spent with his family, Bill shared his extraordinarily diverse experiences and skills, and in return enriched the lives of the many who knew and loved him. A devoted husband, father, and grandfather, he will be missed by them all but leaves a remarkable legacy. Those who wish may make memorials to Air Warriors Courage Foundation, Fisher House Foundation, or the Gary Sinise Foundation. Miller Funeral Home & Crematory, 3200 Golansky Blvd., Woodbridge, VA Visitation Saturday, January 8, 2022 9:00am – 10:30am Celebration of Life, January 8, 2022 10:30am Gathering to follow at Old Hickory Golf Club, 11921 Chanceford Drive, Woodbridge, VA Interment at Arlington National Cemetery at a later date

The family of Col. William Preston Stubbs, USA, Ret. created this Life Tributes page to make it easy to share your memories.

Colonel William Preston Stubbs, US Army (Ret.), passed away on...