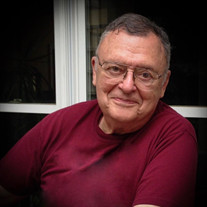 Barry Sloan Colassard, Colonel, USMC (Ret.), 86, of Woodbridge, Virginia passed away unexpectedly on December 4, 2019 surrounded by his family. Barry was born to the late Jane Mayo and the late Francis Xavier Colassard on October 10, 1933 in Flushing, Long Island, New York. He graduated from the New York State College of Forestry at Syracuse University in June 1955 and was commissioned in the United States Marine Corps as a 2nd Lieutenant the following day. Barry served almost his entire 30 year career as a Marine Corps infantry officer, following his Cuban Missile Crisis service with two tours in Vietnam (1965 and 1969-70). Later staff service in the Marines included as an intelligence officer, in an assignment in the Office of the Joint Chiefs of Staff, and service aboard the National Emergency Airborne Command Post (NEACP) as a War Plans briefer to the President when embarked during a National Emergency. Upon the opening of the National Museum of the Marine Corps in 2006, Barry devoted countless hours as a docent and regaled many a visitor with his incredible knowledge of all things Marines. He truly embodied the phrase “Once a Marine, Always a Marine”. Barry is survived by his wife of 64 years, Patricia (nee Cheesman), his four children, Karen Lee Zwanzig (Bryan), Kathy Lynne Lopresto (Tony), Cory Sloan Colassard (Mary) and Cy Sloan Colassard (Melinda), eleven grandchildren: Allison Zwanzig Miller (Tim), Brenna Zwanzig; Anthony Lopresto; Cassie, Sloan, Kellen and Trey Colassard, Provie and Marlee Kruger; and Danielle and Ashley Colassard; three great grandchildren: Noah, Nathan and Christian Miller; and his sister, Wendy Segard. The family will receive visitors at 1:00 p.m. on Saturday, December 14, 2019 at the Chapel at the National Museum of the Marine Corps, 18900 Jefferson Davis Highway, Triangle, Virginia with a Memorial Service to begin at 2:30 p.m. Following the service, the family welcomes all to join them in the Medal of Honor 2nd Deck Lobby in the Museum for a reception. Final interment will be at a later date at Arlington National Cemetery with full military honors. In lieu of flowers, memorial donations may be made in Barry’s memory to the following: 3rd Recon Association c/o Doug Heath 107 McCown Circle Rockmart, GA 30153 The Marine Corps Heritage Foundation 18900 Jefferson Davis Highway Triangle, VA 22172 online at www.marineheritage.org Alzheimer’s Association online at www.act.alz.org

Barry Sloan Colassard, Colonel, USMC (Ret.), 86, of Woodbridge, Virginia passed away unexpectedly on December 4, 2019 surrounded by his family. Barry was born to the late Jane Mayo and the late Francis Xavier Colassard on October 10, 1933 in... View Obituary & Service Information

The family of Barry Sloan Colassard created this Life Tributes page to make it easy to share your memories.

Send flowers to the Colassard family.