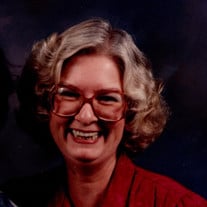 Barbara Sue Damanda: November 28, 1942 – November 30, 2021 “Susie” Barbara Sue Damanda passed on November 30, 2021, following a long, brave battle against COPD and other illnesses. She was surrounded by her children Darla, Paul, Marcus, and Chris when she died, and she left behind a legacy of kindness to all and love for her family that will endure forever. Sue is survived by her children, her brother Dave Gray, her sister Sherry Burbridge, her grandchildren—Joshua, Alexis, Samantha, Nicole, and Jack—her nieces Kristin and Kate, her nephew Jason, and several great nieces and nephews. Sue was born in Grand Rapids, Michigan but grew up mainly in Poughkeepsie, New York. She attended Arlington High School and later received her degree in Secretarial Science at Duchess Community College. On June 12, 1965, she married Karl Lee Damanda. Sue and Karl moved around quite a bit in the early years of their marriage, going from New York to Illinois, from Illinois to New Jersey, from New Jersey to Connecticut, and finally settling in Woodbridge, Virginia in 1979. By then, Sue was a full-time mother of four. For many years, she was active in the church, teaching Awana classes to elementary age children and guiding her own kids as they became teenagers with a firm but loving heart. Sue became the “neighborhood mom” to so many. The doors to her home were always open to her children’s friends. Her famous deep-fried breaded chicken and her square Sicilian-style pizza were the culinary talk of Treehouse Drive. Her living room became to go-to place for kids to wait for the bus when it was cold outside. She was a loyal sister and a favorite aunt—and, in grownup company, a formidable bowler and Pinocle player as well. As her children grew towards adulthood, she also found her place in the professional world, at one time working for the Culinary Institute of America and later as an event planner and organizer at Booz Allen Hamilton. Through it all, Sue remained, first and foremost, a loving mother who supported her children as each pursued different paths in their lives and careers. In later years, Sue enjoyed building puzzles, following the local football and baseball teams on TV, and playing games like Yahtzee and Rummikub. She never lost her passion for cooking, her love for her children, her kindness towards all. Those who had the privilege to know her will miss her deeply. She was the sunshine of our lives, a light that will burn forever in our memory and in our hearts. The family will receive friends at Miller Funeral Home, 3200 Golansky Blvd., Woodbridge, VA 22192, on Sunday, December 5, 2021 from 4-6:00 p.m. where a service will follow at 6:00 p.m. Interment will take place on Monday, December 6, 2021 at 10:00 a.m. at Dumfries Cemetery.

The family of Barbara Sue Damanda created this Life Tributes page to make it easy to share your memories.

Send flowers to the Damanda family.